What is Mentors in Violence Prevention? 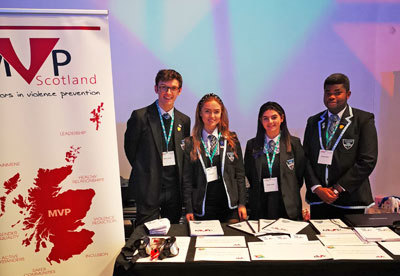 Mentors in Violence Prevention (MVP) is a peer mentoring programme that gives young people the chance to explore and challenge the attitudes, beliefs and cultural norms that underpin gender-based violence, bullying and other forms of violence.

It addresses a range of behaviours including name-calling, sexting, controlling behaviour and harassment, and uses a 'by-stander' approach where individuals are not looked on as potential victims or perpetrators but as empowered and active bystanders with the ability to support and challenge their peers in a safe way.

Why is MVP needed?

Figures from the Scottish Government highlight the problem of gender-based violence in Scottish society, and there is evidence that young people - particularly girls - encounter physical, emotional and sexual violence (see Barter, McCarry, Berridge and Evans (2009) Partner Exploitation and Violence in Teenage Intimate Relationships). The Mentors in Violence Prevention programme was introduced in Scottish schools in response to these issues.

Find out more about MVP in the following short animations. The first introduces the MVP programme and the second explains the five core components.

What does it aim to do?

The MVP programme aims to support young people to positively influence the attitudes and behaviour of their peers. Following a pilot programme in Edinburgh and Inverclyde councils in 2012, it has since been introduced in 28 local authorities across Scotland.

What is the impact? 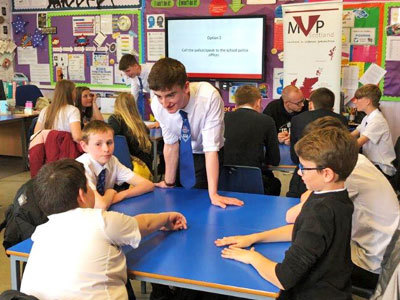 Evidence of the impact of MVP has been gathered through staff feedback, attitude questionnaires and focus groups, with both mentors and mentees reporting that they are more aware of the issues related to violence, gender-based violence and bullying. In addition:

How to use this resource to improve practice

The MVP programme can be used to help deliver many of the key experiences and outcomes in Curriculum for Excellence, contributing to a culture of safety where learning can flourish. Practitioners can use the following questions to prompt discussion: